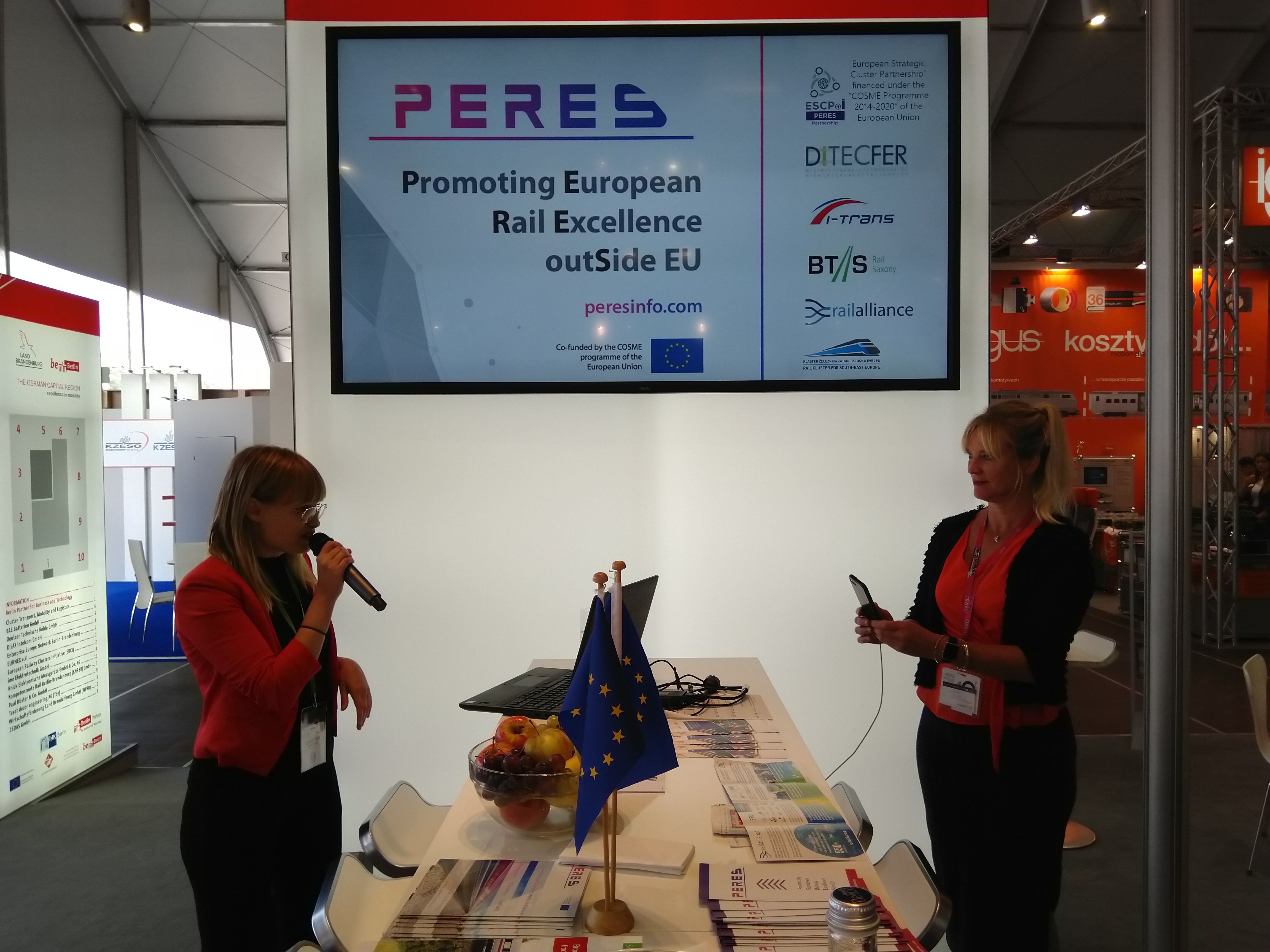 The members of PERES consortium today held a presentation of the PERES project on the Berlin – Brandenburg booth on TRAKO railway trade show in Gdansk (Poland).

Mareike Walter from BTS Rail Saxony and Eli Rees-King from Rail Alliance present all past stages of the PERES project and underlined the first results and key findings. They announce further PERES activities as well such as preparation for lunching new business study mission to India and considering of options for similar missions to China and Japan in the future. 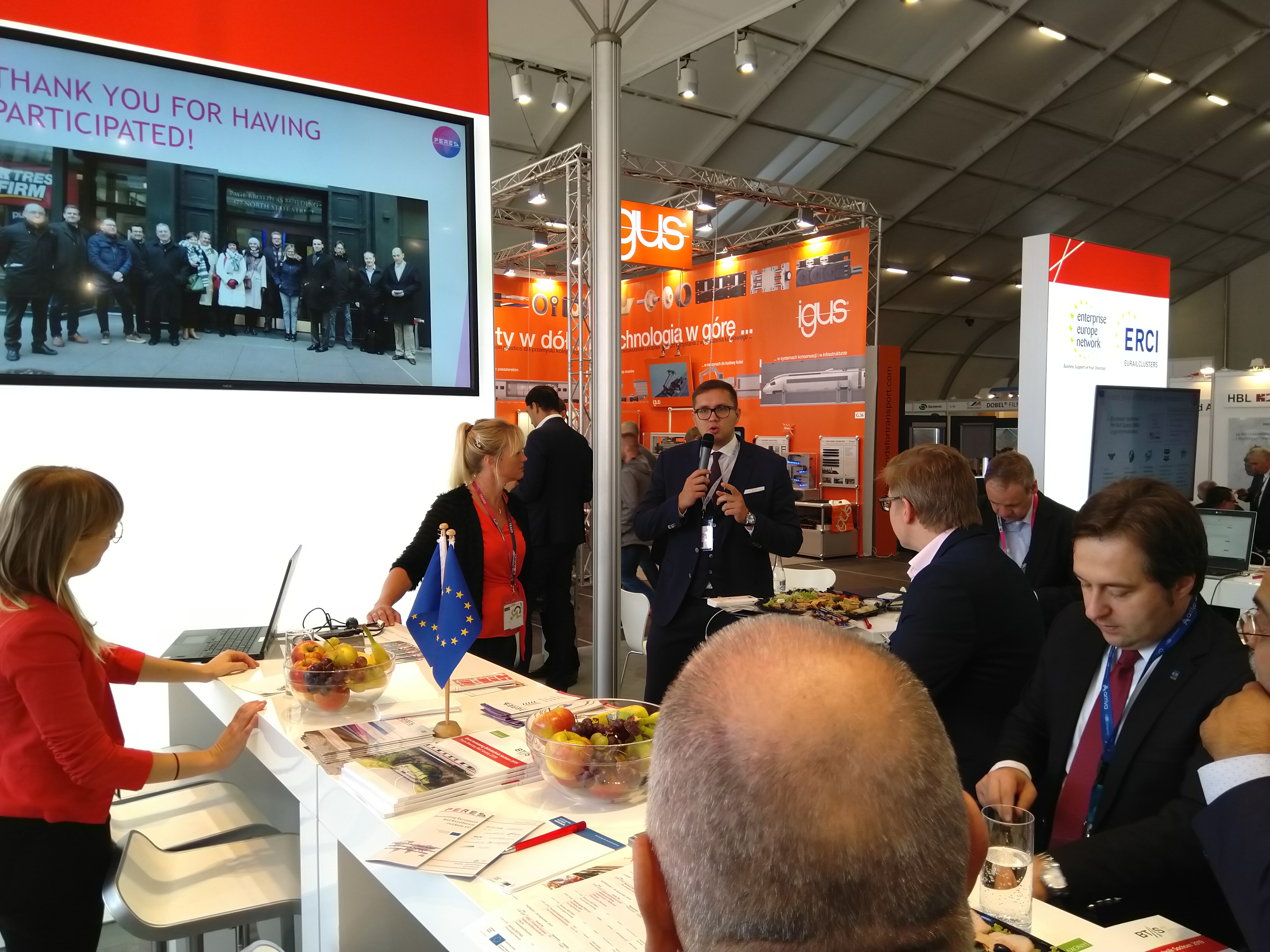 Present managers of companies also engaged in conversation and brought out theirs points of view about possibilities for going outside Europe. Members of PERES team in conclusion pointed out that PERES 2 project is also in preparation phase and that is very important for European SME’s that EU structures and officials understand as crucial opening of alternative channels for supporting of SME’s outside Europe promotion and networking. Only through joint efforts of rail clusters and their SME members with support of EU from behind will be possible to present the innovativity, engineering excellence and creativity of European rail industry on satisfying level.