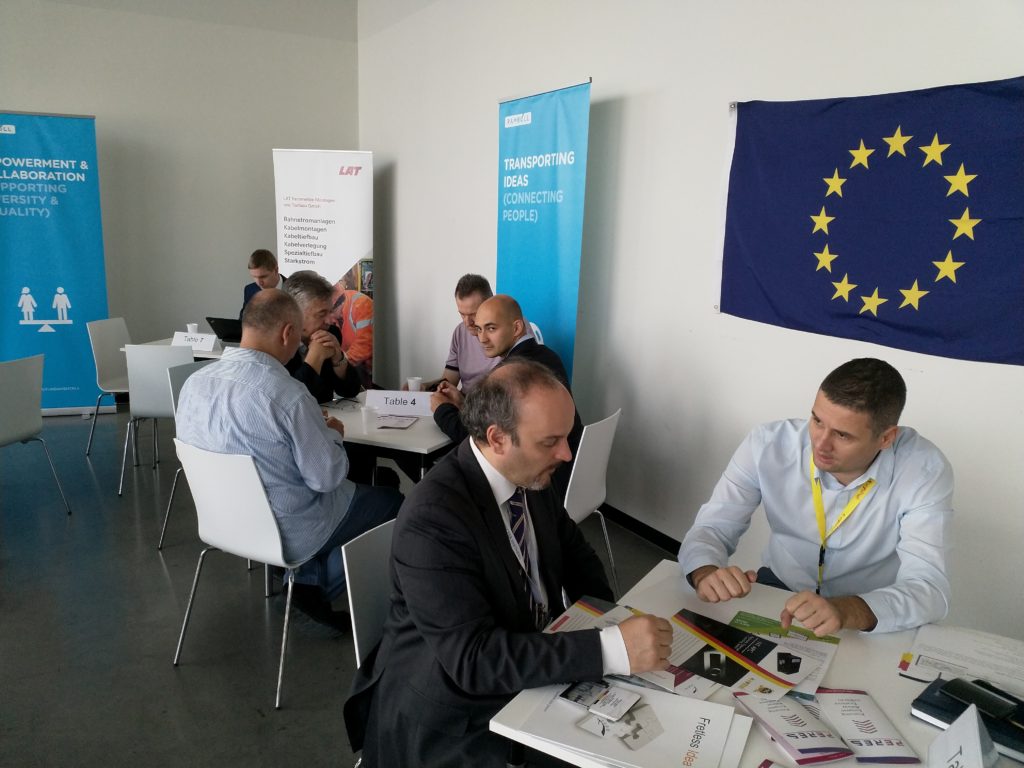 On the second day of InnoTrans fair in Berlin, on 19th of September, event was held with interesting B2B meetings of members of five European railway clusters among which were also the members of RCSEE.

In a relaxed atmosphere members of the following clusters, partners on the PERES project met: Railway Cluster of Southeast Europe, Rail Cluster BTW from the state of Saxony, I-Trans from France, Rail Alliance from United Kingdom and DITECFER from Italy.

The meeting was an opportunity for new contacts and business networking to be made, but also for the discussion of cluster representatives concerning deeper cooperation in joint project PERES under the patronage of European Commission and the EU.